Not a big revelation, but still a terrific and really upsetting piece from Michael Tomasky:

It’s about time the Democrats started saying openly what has been clear for months or even years now—that as long as economic recovery would work to the political benefit of Barack Obama, the Republicans have been, are, and will be in favor of sabotaging the economy. Senators Chuck Schumer and Dick Durbin made the point in a press conference in the Capitol Thursday. Noting that his GOP colleagues are coming out against business tax cuts (read that again: Republicans against tax cuts for businesses) that Democrats happen to support, Schumer said, “It almost makes you wonder if they aren’t trying to slow down the economic recovery for political gain.” Well, not almost. Certainly. And I don’t “wonder.” I think it’s obvious. But this is a start.

Washington is a city of conspiracies, but far and away the most pernicious one is the fiction, in which one must participate if one wants to be regarded as a “serious” person, that both parties are more or less equally to blame for the present malfunctioning of our democracy. One hears this all the time at the sort of panels, dinners, and seminars I attend. The topic is our energy future, our fiscal prospects, whatever. Discussion turns to obvious remedies, which inevitably involve the government taking some minimal amount of action, or the investment of a few modest public shekels. The symposiast will then note, sighing forlornly, that we appear to be light years away from consummating even these modest actions. He will then bemoan a vague “lack of political will” or “absence of leadership” as the reason for the inertia.
Nonsense. There’s nothing vague about it. It’s crystal clear. We can’t do these things because of the extreme nature of the Republican Party and the right-wing noise machine that enforces such rigid ideological purity. Period and end of story. I think most people at these panels and dinners know this deep down. But it’s thought impolite to say it. Often it’s a technical violation of law to say it,

Mitt Romney released a much-discussed new video today that hammers away at the “Obama Misery Index” and features one Ryan King of Midland, Michigan, who has fallen on hard times. King, a recent college grad, talks in somber, apolitical tones about his economic situation, claiming he has $3 to his name and that he eats bologna sandwiches because they’re cheap.

“Frustration is the big word,” King says, claiming that prospective employers want experience, even for jobs he’s qualified for. “My hands are tied…how am I gonna get experience if no one will hire me in?”

“Is it my fault that I can’t get a job?” he says. “To a certain point, you just start losing faith in yourself.”

It turns out there’s a bit more to King’s story than that, though.

In 2009, King was identified in the local press as the vice treasurer for the Midland County Young Republicans. He seems to have been a local Republican operative since; his Facebook page shows him partying away at the 2011 state GOP convention.

King’s employment history is also unclear. As late as May, he boasted on his Facebook page of getting a job at Quality Marketing Enterprise in Midland, as a marketing accounts rep. “Got the job, booya!!!” he exclaimed. 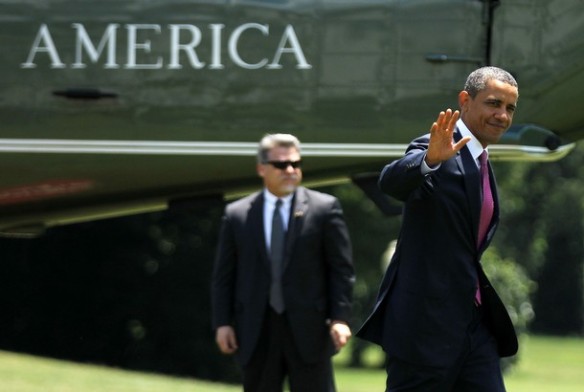 You can’t touch the swagger, you just can’t.

This is simply awesome:

86 thoughts on ““As long as economic recovery would work to the political benefit of Barack Obama, the Republicans have been, are, and will be in favor of sabotaging the economy””