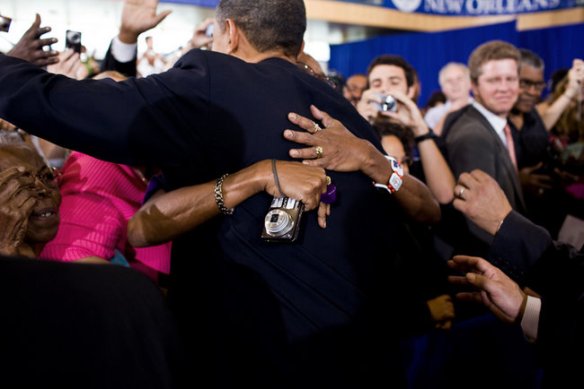 With an approval rating in the teens, Congress right now is about as popular as Julian Assange at the State Department’s Christmas Party — or Sarah Palin at The Nation’s editorial meeting, or President Obama at a Federalist Society convention.

And, politically, the Democratic-controlled Congress took a beating from voters in November, as Republicans won back control of the House and picked up seats in the Senate.

But lost in the poll numbers and the voters’ message in November is this one unmistakable fact: This Congress, which likely will come to a close this week, accomplished more, legislatively, than any other Congress since the 1960s (the Great Society) or the 1930s (the New Deal).

In the past two years, it has:
— expanded the safety net with the health-care law;

— invested billions in the nation’s roadways, airports, schools, and green technologies with the stimulus;

And in its final piece of business, the Senate is currently working on one of the White House’s top foreign-policy goals: ratification of the New START treaty with Russia. Then throw in all of the other legislation enacted this Congress, like credit-card reform and the Lilly Ledbetter anti-pay-discrimination act.

“For all the dysfunction, it was just astonishing what they were able to get done,” Ornstein added.

Many can take credit for these accomplishments. President Obama (who spent his political capital on these legislative items, especially health care). Democratic leaders (who had to placate everyone in their party from Bernie Sanders on the left to Ben Nelson on the right). Democratic members of Congress (many of whom cast tough votes). And, at least on the tax-cut deal, congressional Republicans (who bucked growing conservative resistance to the legislation).

Of course, the Democratic-controlled Congress biggest failure was losing 63 House seats — the most since the 1940s — and control of that chamber, as well as losing six Senate seats.

Yet as we — and others — have pointed out before, political power in Congress comes and goes. What truly matters is what you do with it when you have it.

130 thoughts on ““This one edges the Great Society. It’s astonishing what they were able to get done””